Best Places to Live in Alberta 2020

Alberta is the fourth most populous province in Canada with over 4.2 million residents. It is situated in western Canada, surrounded by the Rocky Mountains to the west, mass fertile prairies and deserts to the east.

Alberta has one of the strongest economies in the world which was founded on the petroleum and agriculture industry. Alberta also has the second-highest per capita income of about $74,343. The province is an ideal destination for Canadians and immigrants. Below are some of the best places to live in Alberta.

Lacombe, AB is a city in Central Alberta that lies at the point where the rolling countryside of central Alberta meets the prairies to establish a picturesque environment. Lacombe houses 13,645 people served by an airport, rail and good road network. The appealing environment is one of the main reasons people move to Lacombe.

The cost of living is quite affordable, an average household income is around $97,800 yearly with property tax notably higher at 76.6%. The city is one of the safest places to live in; it has so far been able to maintain steady growth due to its local economy. The city’s economy thrives on agriculture and the oil and gas industry. The unemployment rate is about 4.9%. 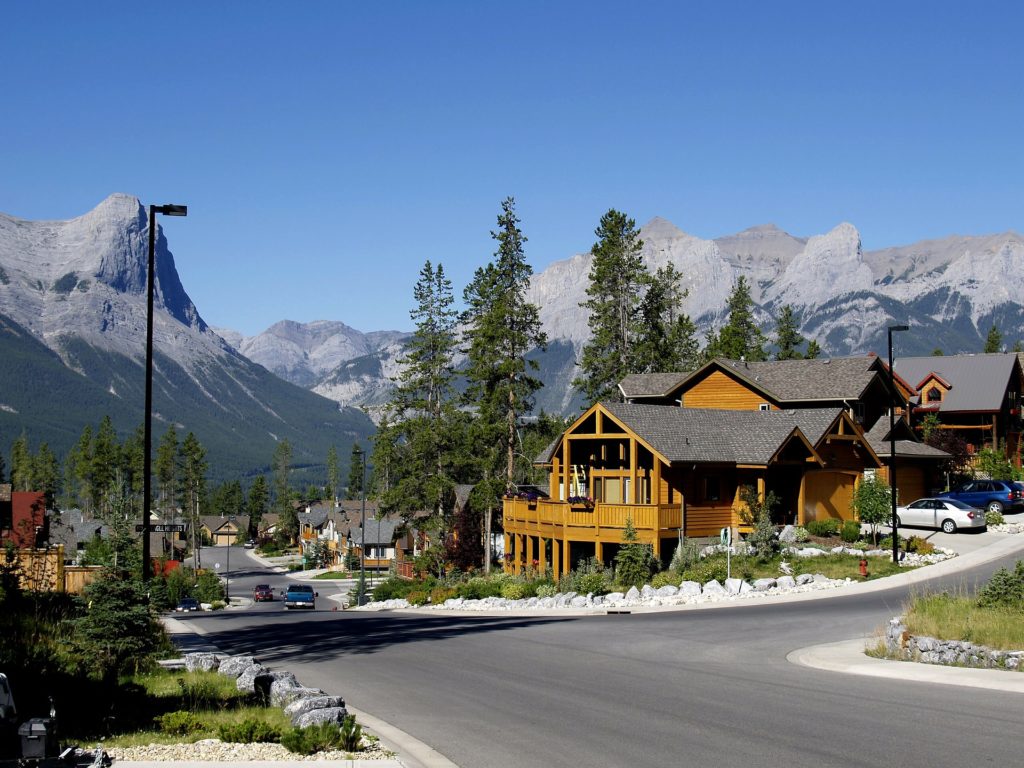 Canmore, AB is an attractive and tranquil city situated 50 miles west of Calgary, just outside of Banff National Park. The city receives tourists from various spheres of life, as it an affordable and quiet place to stay. With a population of 12,749 people, residents have access to outstanding outdoor lifestyles, social amenities, and an accommodating community.

Canmore is a few minutes away from five prominent ski resorts, six outstanding golf courses, Bow Valley Provincial Parks, and Kananaskis Country. Property cost is fast rising, with a tax rate of 7.9%, and an unemployment rate of 5.1%. The average income per household is around $75,848.

Camrose, AB is a city in Central Alberta amidst some of the richest farmland in Prairies. It is a small city along a railway which has now switched along Highway 13. It is a lovely city suitable for outdoor activities, it is also known as the “Rose City” due to a large number of wild roses that grow in the parklands. It is a small community with about 20,721 people earning an average income of $98,525, with the unemployment rate at 3.9%.

Camrose is a great city to start up a business, it has low rental and lease rates with highly competitive land prices and construction costs. Camrose has the lowest combined tax in Canada. Two tax credit programs support jobs and economic diversification in Camrose. Residents have access to quality education, safe and secured community services and programs. Also, there are exciting recreational activities, and job prospects in the city.

Red Deer, AB is an evolving city surrounded by Red Deer County. It is the third-most populous city in the province with 128,420 people. Red Deer is one of the Canadian centers that do not rely on agriculture and oil distribution for its economy. The city is famous for producing grains, cattle, and oil.

Red Deer is fast becoming a tourist destination for people seeking to explore and also for people who want to settle in Alberta. The regional airport in the city sells the city to other parts of the world while a metro bus system conveys residents across the city. The city houses several arts and cultural groups, ski resorts, museums, and theatre are part of the entertainment facilities the city has. Education and quality health service are accessible to residents; there are numerous public and private schools in the city. The cost of living is relatively cheap, with the average income rate at $115,055, while the unemployment rate stands at 4.9%. 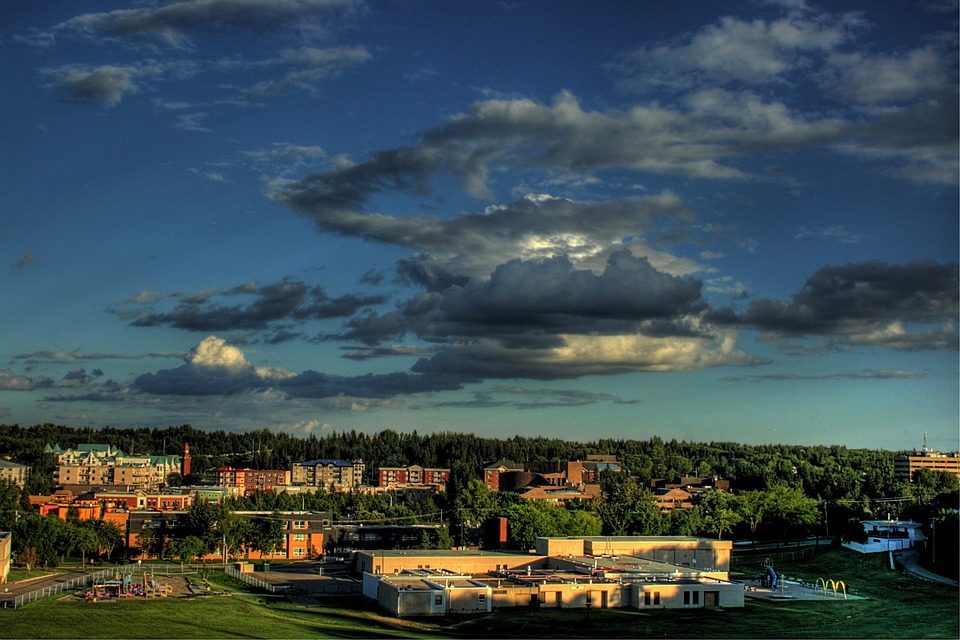 St. Albert, AB is a booming city in Alberta a few miles from Edmonton on the Sturgeon River. It is a thriving community that offers a family-friendly environment with basic amenities available for residents. It is one of the best places to settle down in Alberta with 68,738 residents. Residents indulge in recreational activities like sport and park visitation.

Though St. Albert is a small city, it is very close to the big city of Edmonton. The city has a rich history, an active and skilled labor force with a low unemployment rate of 4.3%. An average income per household is around $147,201, the city is deemed one of the healthiest cities in Canada.

Bonnyville is a municipal district in north-eastern Alberta; it is situated opposite the province of Saskatchewan on the east. It is a small town with over 14,500 people; the city offers a blend of a rural environment with the structure and amenities of an urban setting.

Due to its small size, the city is clean and has little pollution. There are good road networks, quality health and education services, and social amenities. Over time, the crime rate in the city has declined massively; the average income per household is around $144,739 which is higher than the national average. Also, the unemployment rate is at 3.9% which is also lower than the national average.

Lloydminster, AB is a city in Canada that is both on the provincial border between Alberta and Saskatchewan. It is a city that offers a rural environment with a touch of urban services and amenities. Lloydminster has 36,158 residents living on both the Saskatchewan and Albertan side of the city. It is an active community that is gradually evolving, the local economy thrives majorly on the petroleum industry, and agriculture is also an important economic activity in the city.

Post-secondary education is provided via Lakeland College, which offers one and two-year certificate and diploma programs. The average income per household is around $116,729 yearly, with the unemployment rate at 6.3%. There are an airport and a well-developed transport system in the city, there are no railways. The city also offers the lowest taxes with a sales tax rate of 5% and an average property tax at 1%. The average tax paid on a house is $2,007, while the average income tax is $9,110. An average house is valued at $559,272, with rent at $1,023.

Cost of Buying an Apartment in Canada

Cost of Childbirth in Canada – 2020 Review