Unemployment Rate in Canada by Province 2022 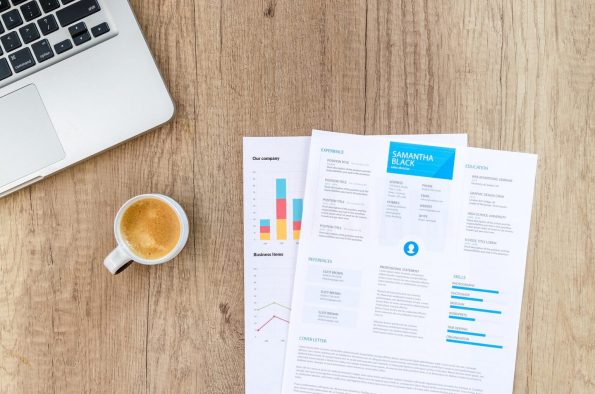 The Covid-19 pandemic had a significant impact on the Canadian labour force and the nation’s economy. Just as some businesses thrived during the pandemic, several others couldn’t survive the heat of the restrictions and safety measures imposed by the government and had to close shop.

This led to a high number of job losses among Canadians. The limits (health and economic) and lockdowns created setbacks, with long-term effects on both the workers and organizations.

In the May 2021 report, the Canadian labour market reported a total loss of 207,000 jobs in April. According to Statistics Canada, this indicates an 8.2 percent rate, up from the 8.1 percent and 7.5 percent unemployment rate of March and April, respectively.

Here is an analysis of how the Canadian labour market looks like in the ten provinces. The unemployment rate measures the actual number of active job seekers as a percentage of the labour force, characterized by persons aged 15 years and older, full-time and part-time employment, etc.

As of the time of writing this (June 2021), the unemployment rate in Canada for May 2021 stood at 8.20 percent. This rate indicates an increase of 0.20 percent from the 8.10 percent recorded in the previous month.

Following the 9.40 percent unemployment rate recorded in January, there was a significant decrease in Canada’s jobless rate in January, with an 8.20 percent rate, the lowest since March 2020.

Fast forward a year later, there was a further decline in Canada’s unemployment rate. The country recorded a 7.5 percent jobless rate in March, falling short of the 0.7 percent rate of February and its lowest since February 2020.

The increase in unemployment among Canadians in 2020 can be attributed to the impact of the coronavirus pandemic, which ravaged nations and caused several businesses to suspend operations.

From the data obtained from Statistics Canada, the Canadian labour force witnessed an increased employment rate and a decline in unemployment in March 2021. Similarly, both full-time and part-time jobs benefitted from the increase in employment positions.

From March 2021 to May 2021, there was a gradual increase in the unemployment figure and the percentage of people without a job in Canada.

The number of unemployed Canadians increased to 1,652,300, representing a 0.10 percent increase from the previous month’s data. Unlike April 2021, employment among youth (15 – 24 years) declined from 16.1 percent to 15.9 percent, with significant loss recorded in part-time jobs.

As a result of the third wave of the coronavirus lockdowns and restrictions, stats from the Labour Force Survey indicate that about 207,100 Canadian jobs were lost in April, which led to an increase in the unemployment rate from 7.5 percent to 8.1 percent between March and April.

However, the unemployment figure gained slight momentum in May when the Canadian economy number recorded 68,000 job losses, mostly among adult men and women (25 and above), representing an 8.20 percent jobless rate.

Alberta’s Labour Force Survey puts the unemployment rate in the province at 8.70 percent. From indications, there was a decrease of 0.30 percent from the previous rate of 9.00 percent recorded in April, and down 6.8 percent jobless rate of May 2020.

According to Statistics Canada, Alberta had approximately 211,700 unemployed people, representing 8.7 percent of its labour force.

Alberta introduced several safety measures to curb the spread of the pandemic, including the closure of wellness services, recreational facilities, and in-person dining.

The week of May 9 – 15 used for the study also witnessed the transition to virtual learning for all students in Kindergarten to Grade 12.

Since the province recorded its highest jobless rate in May 2020, there has been a significant improvement. Statistics Canada put Alberta’s unemployment rate change at 6.80 percent.

The recent job growth can be attributed to some thriving industries, including healthcare, construction, insurance, finance, and natural resources.

Recent unemployment data from Statistics Canada (May 2021) indicates that British Columbia has a jobless rate of 7.00 percent, down 7.1 percent recorded in the previous month.

Precisely a year ago, the jobless rate in the province stood at 13.40 percent, an indication that the province has added a significant number of jobs since May 2020 to date.

Although the province’s unemployment rate is well below the national rate, its current jobless rate showed a 0.1 percent decrease in May 2021, unlike the 0.2 percent increase recorded between March and April.

While the Canadian economy lost 68,000 jobs in May, British Columbia recorded a total loss of about 1,900 jobs.

The significant casualties of these losses were recorded in health and fitness, restaurants and food services, and more. The safety precautions and province-wide restrictions had economic impacts on some sectors, including food services, accommodation, adult fitness and wellness, and recreation services.

The province’s full-time job positions had a 1.00 percent increase in May, up from the previous month, gaining 21,300 job positions. Part-time employment was affected, losing 23,200 jobs, which represented 4.00 percent of the labour force.

Overall, the 0.1 decrease in the unemployment rate of May 2021, down from 7.1 percent in April, can be attributed to gains from crucial industries in the province, such as transportation, warehousing, utilities, etc.

The beginning of the year 2021 witnessed the enactment and enforcement of several public health measures to curtail the spread of the covid-19. This led to a province-wide shutdown and restrictions that invariably impacted the economy and the unemployment rate in the province.

Therefore, it’s not surprising to see a gradual decline in the unemployment rate recorded in January 2021 (10.20%).  According to the Statistics Canada Labour Force Survey, the Ontario economy added about 100,300 jobs between January and February 2021.

The unemployment rate in Manitoba, according to Statistics Canada, stood at 7.20 percent in May 2021, down 4.20 percent jobless rate of May 2020. At the beginning of May 2021, the province had introduced safety measures to curb the impact of the coronavirus pandemic, which include the closure of personal care services, restrictions on in-person dining, and virtual learning, among others.

In April, the province had an 8400 increase in its labour force. However, from the labour force survey in May, the provincial labour force had a 4,200 shortage in May. As a result, about 2900 employment positions were lost in May, compared to the 3,200 jobs added in April.

Manitoba’s unemployment rate of 7.20 percent falls 1.00 percent short of the national jobless rate. The province had the fourth lowest unemployment rate in May among other Canadian provinces. Between May 2020 and May 2021, Manitoba’s employment figure increased by 66,400, which represented 11.30 percent.

As of May 2021, the seasonally adjusted unemployment rate in Saskatchewan dropped to 6.30 percent, down 0.3 percent from the previous month’s rate of 6.60 percent. Four thousand one hundred (4100) jobs were added between April and May, reducing the unemployment figure by 1,500.

In May 2020, the province recorded a 12.40 percent jobless rate, its highest in the last twelve months. At 6.30 percent, Saskatchewan had the lowest unemployment rate among Canadian provinces in May 2021, which is 1.90 short of the national average of 8.20 percent.

According to Statistics Canada, Saskatchewan’s economy added 9,500 jobs in April and 4,100 jobs in May, which further pushed down the unemployment rate to 6.60 percent and 6.30 percent, respectively.

The number of full-time and part-time positions in May was increased from the previous month, with a significant increase recorded in significant industries, including trade, education, construction, etc.

Some of the factors that impacted the employment decline in the province included the provincial shutdown of essential retail services and stores, border restrictions, and remote learning enforcement due to the coronavirus pandemic.

These measures affected the overall non-essential businesses and the economy, plunging the province to its highest unemployment rate since August 2020.

The labour force survey results from Statistics Canada in June 2021 revealed that Québec recorded a 6.60 percent unemployment rate in May 2021. Employment in Québec was down by -8,000 positions from the previous month’s data.

While the labour force decreased by -8,400 people, the number of unemployed people was only slightly reduced by 400. Hence, the jobless rate for April and May remained at 6.60 percent.

Since May 2020, when the province recorded a 13.60 percent unemployment rate, Québec’s employment had gradually improved. According to Statistics Canada, the province’s employment figure has increased to 691,900 in May 2021.

While Québec’s unemployment rate is below the national rate by 1.60 percent, despite shedding about 8,000 jobs in May, the province had the second-lowest unemployment rate among Canadian provinces behind Saskatchewan.

The labour force survey results from Statistics Canada indicate that New Brunswick’s unemployment rate of 9.00 percent for May 2021 is 0.8 percent higher than the national rate.

The result revealed a sharp decline in the number of employed people between April and May. While New Brunswick added 7,100 jobs in April, the provincial economy lost 5,000 jobs in May. This situation increased the unemployment figure by 1,900 from the previous month’s 33,900.

However, despite the job losses, there was an improvement from last year’s record during the early period of the coronavirus. As of May 2020, the unemployment rate in New Brunswick stood at 13.20 percent, its highest to date.

As of May 2021, Prince Edward Island’s unemployment rate stood at 9.60 percent, up 1.40 percent from the previous month (8.20%). According to Statistics Canada, the province added 300 jobs between April and May.

Despite the job additions, which were mainly visible in part-time positions, the province jobless figure increased from 7000 recorded in April to 8400 in May 2021. This plunged the unemployment rate to 9.60 percent.

One major factor that could account for this is the increase in the labour force. Prince Edward Island Labour Force grew from 85800 people in April to 87,600 people in May 2021.

The unemployment rate in Newfoundland and Labrador was 13.40 percent in May 2021, down 0.50 percent from the previous month. Compared to the same period in 2020, the provincial jobless rate improved from 17.30 percent to 13.40 percent.

Newfoundland and Labrador’s unemployment rate in May 2021 was the highest among Canadian provinces.

While the number of unemployed people reduced by -1,600, the province lost -2,100 jobs between April and May. Part-time employment had the highest casualty with -1,400 while full-time employment lost 800 jobs. 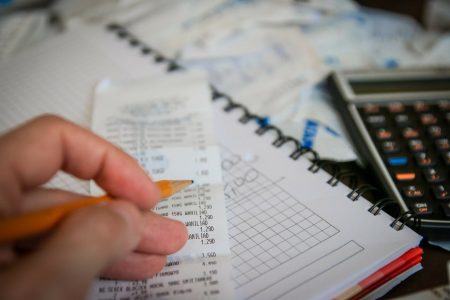 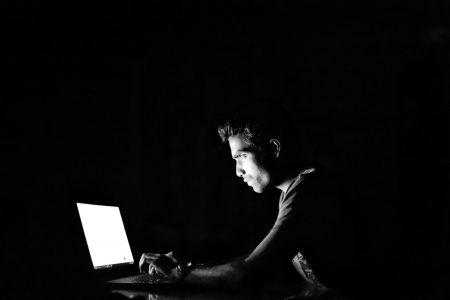 What is Credit Card Fraud? Tips and Next Steps 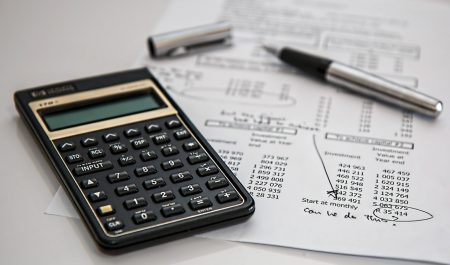