How TV Financing Works in Canada 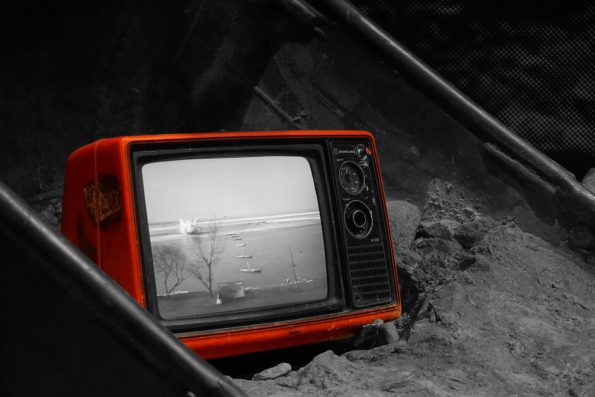 There’s nothing better than curling up in bed with your favourite snack and binge-watching your favorite television show. In fact, the average adult Canadian spends over 23.7 hours per week watching TV – that’s almost three and a half hours per day!

Surprisingly, teenagers seem to watch much less television but still average around 11 hours per week. So what do you do if your television breaks? Well, it’s time to get a new TV. But televisions can be expensive. So let’s talk about tv financing.

But before we do, let’s talk about televisions.

What does a new television cost in Canada?

But again, size and brand matter a lot. To be more specific, a 50-inch Samsung LED 4K Ultra HD HDR Smart TV costs about $848 CAD. A TCL TV of similar quality and size costs about $469 CAD while a Sony TV in the same range could set you back a thousand bucks.

With that being said, if you are looking to purchase a television with a screen larger than 55 inches, you should expect to pay a significant amount more – between $1000-$2000+ CAD.

Where can you get a new television in Canada?

When it comes to buying a television, be sure to shop around. Big box stores put televisions on sale all the time, so rarely do you ever need to pay the total price for a tv. As long as you are willing to wait it out and shop around, there are some great deals out there.

How to finance a television in Canada

Some people choose to pay for their televisions outright, while others prefer to finance them and pay them off over a longer-term. When you finance your television, you generally pay a monthly bill rather than paying for the entire bill all at once. There are several different ways that you can finance a television in Canada:

We don’t ever recommend purchasing large items on your credit card, but if you can pay it off quickly, it can be an easy way to finance your television.

The main problem with credit cards is that they generally have hefty interest fees. But, if you have a credit card that offers points or other rewards, you could earn quite a few with a television purchase.

A line of credit is most often provided by financial institutions. In comparison to a credit card, the interest rates are generally much lower. You can apply for a line of credit for almost anything at your bank.

If accepted, you can use it and pay it off as you please. The main benefit of lines of credit is that they are re-usable. As you pay off your line of credit, the funds then become available again for use.

Your other option for loans is to obtain a personal one. Again, these are most often provided by your financial institution, but there are some online options out there too.

Personal loans are lower in interest fees than credit cards but usually higher than lines of credit. They are also different from lines of credit in that once they are paid off, you can’t reuse them.

By far the most popular method of financing a television in Canada is in-house. This means that you obtain financing from the store that you are purchasing the television from. Most stores that sell televisions are large enough to provide financing options, though this is not always the case.

How does In-house Tv Financing work?

Once approved, you will get a store-based credit card that you can use to purchase your television. Most stores will also offer you deferred interest, meaning that you won’t have to pay interest on the card until the agreed-upon financing period is over.

Some stores will also offer you a grace period in which you don’t need to make any payments at all. You can often get financing for 1-2 years before you have to start making payments, but this will differ from retailer to retailer.

Of course, once the financing period is over, interest will start to incur. It’s always in your best interest to pay off the financing before your grace period ends because interest can occur quickly on these types of cards.

No. In most cases, retailers will not have you make a down payment to finance a television.

Yes. When it comes to in-house financing, your credit matters. Retailers will almost always run a credit check before financing you for approval. Those with high credit will be approved for more, while those who have low credit may only be considered for lower amounts.

Furthermore, depending on how low your credit score is, retailers may find it too risky to provide you with a loan, and you may be denied altogether.

In-store financing is a great way to purchase your new television, but it’s not for everyone. Let’s take a quick look at the benefits and downfalls of in-store financing to help you decide if it’s the right choice for you:

In conclusion, there are lots of different ways that you can finance a television in Canada. With that being said, regardless of which type of financing you choose, you will eventually have to pay interest. For this reason, saving up money and purchasing a television outright is always the best option to avoid debt.